Photo and caption by Taranpreet Singh: This photo is related to life, environment, plants, and animals. This photo describes our whole world. The people watching it will enjoy it. It is the album of nature. Some of them are animated, edited, but many of them are real. It is my collection of peace and mind. Life is a gift of God. It is totally described in my photos. You must see it and enjoy it! 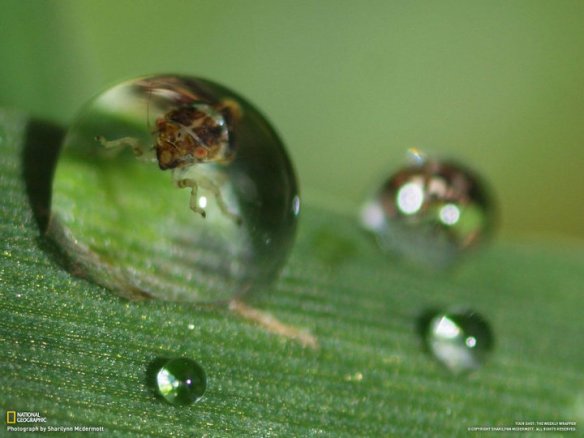 Photo and caption by Sharilynn Mcdermott: I was taking macro photos of raindrops on the ground, when I barely happened to notice this alien looking insect. It appeared to be trapped in a raindrop.

Photo and caption by Joshua Holko: During one of my last few days in Iceland I drove back to the Jokulsarlon Glacier lagoon and the nearby black sand beaches to see if any fresh icebergs had washed ashore as indeed they had. This iridescent blue iceberg, polished by the waves was beautifully backlit and was glowing from within when I set up my tripod and took this photograph. 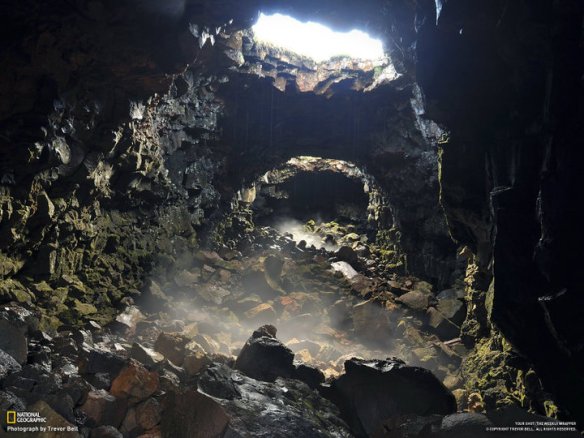 Photo and caption by Trevor Bell: Raigar is a 3,700-year-old lava-tube in Iceland, a little over a kilometer long. I did a lot of research before the trip and I’m glad it did, there were no signs, just an unmarked parking lot near the entrance. This was shot early in the morning with the sun showing for the first time in a few days after lots of rain. The heat of the morning sun created a lot of mist coming up from the skylights near the tubes entrance. 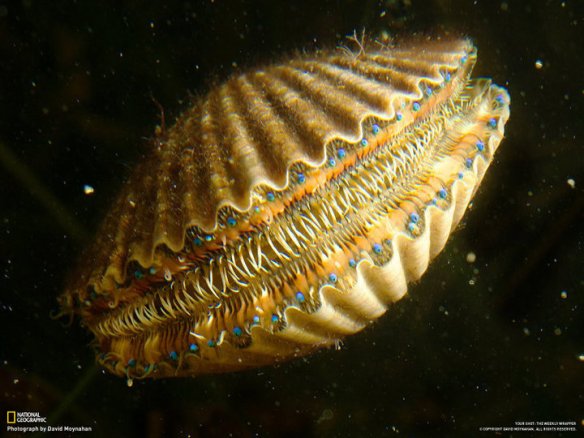 Photo and caption by David Moynahan: The ”success” of this test shot was an accident. I was shooting through a glass-bottomed bucket with an off camera flash in a dry bag held underwater near the scallop. The intention was for the sea grass a couple feet below to make a soft natural background, but I had the aperture stopped too far down so the background came out nearly black. The silt that I had inadvertently stirred up was picked up by the flash, creating the ”stars” in this cosmos, and completing the alien-in-outer-space image.

All photos are taken by me, unless otherwise stated.
If you'd like to use any of my photos, ask first!